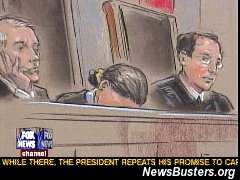 Infamous anti-Catholic bigot and radical internationalist Supreme Court Justice Ruth Bader Ginsburg caught a quick nap during testimony over political redistricting in the great Lone Star state of Texas. The pro-abortion Justice seemed to have taken a time out, literally on the bench, from her role in undermining America, I mean serving her judicial role. The napping portion was reported by the AP.

No video footage was available to show this historically laughable event. (H/T to NewsBusters)

On the one hand, funny!

On the other hand, she might be ill and in need of prayer.

Maybe its time for her to step down? haha

I'm not even sure if she knows what she's doing anymore. She tends to lose her focus it seems.