| Edit Post
My spiritual life has begun to take center stage in my life at the moment. So much so that I need to cut back on a few things until God's done molding me into the Christian He wants me to be. Which means that I will abstain from blogging, among other things, for the time being and return October 1st. In the meantime what you all can do instead of reading my blog is to pray for me that I will follow God's will. If you're still yearning to get your daily dose of Catholic news, analysis, and opinion I would suggest the following fine blogs located at the top left of my blog under the heading, Catholic Commentary: Catholic Report, Creative Minority Report, Pro Ecclesia, Inside Catholic, and The Inside Blog. And if that's still not enough to satisfy your appetite, just follow down on the left side of my blog all the excellent Catholic and news links for your reading pleasure. For my Houston Catholic readers I would suggest reading the list of all the Houston based Catholic and news links on the right hand of my blog. When I return to my blog I'll continue posting the top 7-12 Catholic news stories of each day 4-7 times a week as I have done in the past. I may even pick up one or two more writers that will contribute original news stories concerning our Catholic faith and the Archdiocese of Galveston-Houston to my blog. Just to reiterate, I will return October 1st. God bless you all. In Jesus, Mary, & Joseph, Tito
Tags:Catholic blogosphere,Custos Fidei | 12 comments
Email This BlogThis! Share to Twitter Share to Facebook

When Dead Upon A Dead Language 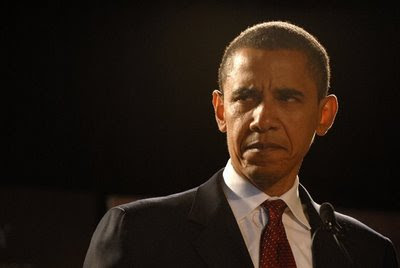 The lack of coverage and investigative reporting of Barack Obama's public record by the mainstream media is austere to say the least. The record in question concerning Obama was while he was recently in the Illinois legislature in 2001. There the Born Alive Infants Protection Act, or BAIPA which a baby born alive after a botched abortion would be given medical treatment to live, was vigorously opposed by Obama. Basically Obama advocated that a baby die in the hospital room without being given medical attention. This is in direct violation of the Fifth Commandment, You Shall Not Kill (Exodus 20:13). Our Christian duty is to help those in most need. Killing is not what a Christian does. Only a man without enough love of God in his heart would openly and blatantly advocate for the death of a precious young tiny human being. A man with possibly having a heart of darkness. We should defend life at every turn. Why would God then pre-ordain each and every one of us to live? Before I formed you in the womb I knew you, and before you were born I consecrated you...
-- Jeremiah1:5 my frame was not hidden from thee, when I was being made in secret, intricately wrought in the depths of the earth.
-- Psalm 139:15 Each and every one of us were conceived and planned by God Himself. Pope Benedict XVI has called abortion a crime against society and today's gravest injustice. Even with the admonition of those that promote abortion are subject to excommunication (see latae sententiae), even faithful Catholics fall prey to the devil's plea of voting for Obama. The 1974 Declaration on Procured Abortion stated, "The first right of the human person is his life. He has other goods and some are more precious, but this one is fundamental - the condition of all the others." The preeminent issue above all others. Furthermore in Pope John Paul II's 1988 apostolic exhortation, The Vocation and the Mission of the Lay Faithful in the Church and in the World (Christifideles Laici), says: "The inviolability of the person, which is a reflection of the absolute inviolability of God, finds its primary and fundamental expression in the inviolability of human life. Above all, the common outcry, which is justly made on behalf of human rights -- for example, the right to health, to home, to work, to family, to culture -- is false and illusory if the right to life, the most basic and fundamental right and the condition of all other personal rights, is not defended with maximum determination". All other issues are mute if the right to life is not defended with maximum determination.
Children are a gift from God: Lo, sons are a heritage from the LORD, the fruit of the womb a reward. Like arrows in the hand of a warrior are the sons of one's youth. Happy is the man who has his quiver full of them! He shall not be put to shame when he speaks with his enemies in the gate.
-- Psalm 127:3-5 Who then does a Catholic vote for in the 2008 American presidential election? It's easy, definitely not Barack Obama, the man with possibly the heart of darkness. Sources: Holy Bible and Priests for Life
Tags:BAIPA,Barack Obama,Born Alive Infants Protection Act,culture of death,evil,Infanticide,Jill Stanek,pro-abortion,pro-choice,pro-death,Satan | 3 comments
Email This BlogThis! Share to Twitter Share to Facebook 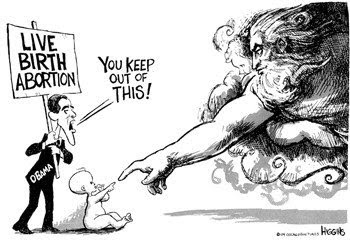 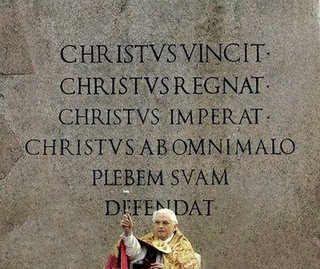 | Edit Post
Washington, DC (04 August 2008) – New statistics from the National Center for Health Statistics are adding more evidence to the body of research surrounding the link between abortion and infant death. "Here is another of the unseen consequences of abortion," said Leslie Tignor, director of American Life League's Associate Program. "We're seeing that abortion not only ends the life of a child; it also endangers the life of that child's future siblings. "Tignor is project manager of "Baby Steps," a DVD that features detailed 4D ultrasound pictures of preborn babies from eight to 34 weeks throughout their 16 stages of development. The NCHS' "Infant Mortality Statistics from the 2005 Period Linked Birth/Infant Death Data Set," (Vol. 57, No. 2) of the National Vital Statistics Report released July 30, shows that preterm births were responsible for over 36.5 percent of infant deaths in 2005. The NCHS' findings affirm past studies that show women who have had abortions are more likely to give birth to preterm babies. The 2007 Journal of Reproductive Medicine reported that nearly 32 percent of "very preterm" U.S. births – before 32 weeks gestation – are due to the mother's prior abortions. "American Life League will continue to work to make women aware of abortion's ripple effect," Tignor said. "Not only does abortion hurt women, preborn babies and their families, but it could also risk the life of future children. Abortion leads to death, not only for the preborn child killed by abortion, but also for the many children susceptible to preterm birth and infant death. American Life League was cofounded in 1979 by Judie Brown. It is the largest grassroots Catholic pro-life organization in the United States and is committed to the protection of all innocent human beings from the moment of creation to natural death. For more information or media inquiries, please contact Katie Walker at 540.659.4942. FOR MORE INFORMATION: LifeSiteNews: Abortion Linked Condition Contributes to Growing Number of Infant Deaths (30 July 2008) http://www.lifesitenews.com/ldn/2008/jul/08073009.html National Center for Health Statistics: Infant Mortality Rates from the 2005 Period (30 July 2008) http://www.cdc.gov/nchs/data/nvsr/nvsr57/nvsr57_02.pdf LifeSiteNews: Previous Abortion Linked with Preterm Birth and Cerebral Palsy http://www.lifesitenews.com/ldn/2007/oct/07102602.html
Tags:abortion,Infant Death | 0 comments
Email This BlogThis! Share to Twitter Share to Facebook

| Edit Post
Catholic Fire A Catholic Mom in Hawaii The Deacon's Bench Vita Nostra in Ecclesia Happy Catholic The blogs listed above are but a small sample of the Catholic blogs that have been shut down since early this morning. Google has been systematically shutting down Catholic blogs all day beginning since last night. Starting this morning with Catholic Fire and A Catholic Mom in Hawaii and continuing nonstop throughout the day. I've gotten emails from bloggers and I've been gathering as much information as possible. The rumors that I have heard is that Obama supporters are targeting bloggers, in our case Catholic bloggers, by complaining to Google by devious mean such as labeling Catholic bloggers as pornography purveyors or racist(s). Other rumors suggest this is happening randomly as reported by Instapundit. Matthew Archbold of Creative Minority Report has been reporting on this since 8:47 am CST. I'll update the posting the more information I gather. If the rumor that Google is shutting down (blocking) Catholic blogs we may have to organize and call for a boycott on Google.
Tags:Barack Obama,Catholic blogosphere,Google,Liberal Agenda | 7 comments
Email This BlogThis! Share to Twitter Share to Facebook
Newer Posts Older Posts Home
Subscribe to: Posts (Atom)
Follow @TitoEdwards