Christians prayed in San Francisco's Castro district and got this warm reception.

With the recent hate crimes done by radical gays in the wake of Proposition 8, I'm very disturbed by what has been happening. I don't see any of this on the network news, but when I find this online it bothers me that the mainstream media doesn't cover this. It seems that the media is in the tank to force licentious behavior down the throats of Americans.

This is terrifying. This ought to be on the national news. If this were a Christian mob surrounding gay-rights campaigners, it certainly would be -- and should be, as no peaceful protester in this country should be subject to this threat. (And no, this wasn't a made- up thing: here's how a local SFO TV station covered it). Watch this, and tell me these people [Update: by which I mean the enraged activist core, not all gays -- RD.] aren't going to come against churches full force once they have the civil rights laws on their side: Tell me why Christians and others who oppose this mob don't have to fear. These people have no idea, no idea at all, what kind of response this kind of thing may call up. One of the members of the Christian group, which had been singing hymns in the street, tells of how they were assaulted with urine, and worse:

What the media covers and doesn't cover is the heart of bias.

| Edit Post
Updated 11-12-2008 A.D.: After prayer and careful reflection I decided to pull down the video of opponents of Proposition 8 attacking a Christian woman. It's disturbing on many levels. By grace, genetics, or upbringing, I realize that by default I see the dignity of every person I meet each day. Knowing that there are those out there that hate on a level I thought I wouldn't see in this great nation of ours was too much for me to bear. These acts of violence should not be discounted though and I have provided a link for those of you that want to see a prelude of the persecution that may come to Christians in America. But in the end, we should pray for our persecutors and hope that those that have seperated themselves from God will return like the prodigal son in the warm embrace of Jesus, Our Lord and Savior. Click here for the link.
Tags:anti-Christian,California,hate,Homosexual Agenda,Proposition 8 | 7 comments
Email This BlogThis! Share to Twitter Share to Facebook 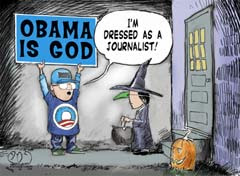